Our Writers - in Pictures!

by Venk Shenoi
Venk Shenoi returns with an absorbing account of how workers reached the newly planted tea gardens of India in the early days.
"The greatest unsung heroes of Indian 'Chay/Chai' are the workers, particularly women", he writes.
"We need to take care not to judge history by today’s standards or redefining exploitation and victimhood.  Descendants of these early workers have established roots in their new homelands and many have prospered."
Venk has also shared some beautiful photographs of tea workers which he took in the 1960s. Cheers to the spirit of Indian tea!

Early Beginnings
The greatest unsung heroes of Indian 'Chay/Chai' are the workers, particularly women. Long reports have been compiled about brothers Robert and Charles who obtained local tea varieties from the hill tribes and cultivated them, in time developing the Indian Tea industry. They highlight how British colonial expansion, the First Anglo Burmese War of 1824/26 and annexation of Assam and later in the Century, of the Dooars following the Anglo-Bhutan War (1864/65), and restrictions on local landowners opened up valuable land for growing tea.

For a time the early planters tried to use the peasantry in Assam but those with local connections failed to work hard and deliver the needed results. Some planters, including the Assam Company, tried to recruit Chinese labour with tea experience, paying them several times the going rates for local labour. Most were sent back in the early 1850’s.

The Chinese faced a massive addiction problem as the East India Co and other foreign entrepreneurs bartered Indian grown opium for the tea they imported into Britain. Subsequent curbs on opium imports led to the infamous Opium Wars (1839 – 60).

The EIC was investigating opportunities for growing tea on land that was now coming under its control in Assam following the Anglo Burmese War (1824/6). They were bent on using Chinese varieties, cultivation, and manufacturing method,s despite discovery of indigenous Assam varieties and success in growing them (the Bruce Brothers’ story).

The EIC commissioned Robert Fortune, a Scottish gardener, botanist, and plant hunter on a spying mission to gain Chinese know-how. Fortune travelled into the interior (1848/51) disguised as a local official and managed to gain insider knowledge of Chinese cultivation and manufacturing techniques.
Many Europeans previously working in opium cultivation in North India were induced to venture out to the new tea plantations opening up in Assam following the Indian Mutiny (1857/58) and chaos in the Opium growing regions of Oudh and Bengal. It was a hard life for the early planters, subject to disease and other dangers with many early deaths.

There is also much to read about the early Joint Venture Companies both in Britain and in India that promoted jungle clearance and tea planting in Assam and later in the Dooars and about tea being shipped to the London Auctions in the late 1830’s and formation of the Assam Company’ (1839). Sailing ships pre-steam took months to reach London from Calcutta around the Cape of Good Hope.
All this would not have been possible if adventurous Europeans and also Indian babus, and more importantly the needed workers, could not be recruited and induced to travel to a land infested by malaria, cholera and other tropical diseases and also dangerous animals and snakes.

Marketable tea took many years to grow and manufacturing systems had to be improvised hundreds of miles from the main industrial centres such as Calcutta. Transport was by land or river on slow craft until the advent of steam power in the mid-1800’s and Railways after the 1860’s. Many lives were lost in the process.

“The Indian indenture system was a form of debt bondage, by which 3.5 million Indians were transported to various colonies of European powers to provide labour for the (mainly sugar) plantations. It started from the end of slavery in 1833 and continued until 1920. This resulted in the development of large Indian diaspora, which spread from the Indian Ocean (i.e. Réunion and Mauritius) to Pacific Ocean (i.e. Fiji), as well as the growth of Indo-Caribbean and Indo-African populations.” Ref Wikipedia. The same Recruitment Agents and systems were used to induct Labour to the new plantations in Assam. Labour Agents were employed by the East India Co and also other commercial interests to obtain and sustain labour supply to the newly opened land growing tea in Assam.

Reeta Dutta Hazarika Asst. Professor, Dept. of History, Narangi Anchalik Mahavidyalaya, Guwahati, has set out a revealing essay on the subject. Summing up:

“The contractors or the arkatis did the recruitment of labourers in initial years of tea plantation in Assam. At the time there was no restriction upon the contractors. Therefore the arkatis, who were ex-convicts, burglars, thieves, dacoits etc. adopted typical methods of recruitment. The notorious Arkatis treated women recruits like animals and forcefully slept with them and this brought shame and disrespect into the lives of these unfortunate young girls. The journey to the garden was also not easy. The labourers were treated like animals and they had to go through various depots to reach their final destination. These people had no idea as to which garden they will go to. The story behind the cheap women labourers to Assam and their fearful misfortune can fill any human heart with pity."

The system initiated by individual plantation workers evolved into the Sirdari System where workers continued to be overseen by their Sirdars who also got a cut of their wages.

In time Estate Managers also evolved their systems to avoid Agents’ fees by paying trusted workers to travel to their tribal homelands and induce their families and friends to join them. Many did; many perished en route but their numbers grew. The system initiated by individual plantation workers evolved into the Sirdari System where workers continued to be overseen by their Sirdars who also got a cut of their wages.

The Tribal Lands
Santhals and Mundas were in large numbers in the Dooars where I worked in the early 1960’s, also Bhutias and Nepalese given that the Dooars was previously part of Bhutan.

Maps below show tribal lands being the sources of plantation labour in India.

We need to take care not to judge history by today’s standards or redefining exploitation and victimhood. The world is as it is today. Descendants of these early workers have established roots in their new homelands and many have prospered. Reportedly, many from the tea Estates are venturing out of their bonded system today into other occupations across India and further afield.

I am posting photos of workers and their young that I came across in the early 1960’s. They have their own stories to tell. I would not do justice by speculating on their behalf.


No tea story will be complete without the giant spider to be found stretched across shade-trees over the Mela.

Editor's note:
All portraits of workers taken by the author, and all historical pictures sourced by him.
Sardaar - overseer/ supervisor in charge of a fixed number of workers
Mela - tea plucking row. This is called 'Mela' in the Dooars and 'Padhi' in Assam


Is this your first visit here? Welcome to Indian Chai Stories!
Do you have a chai story of your own to share? Send it to me here, please : indianchaistories@gmail.com. My name is Gowri Mohanakrishnan and I'm a tea planter's wife. I started this blog because one of the things that I wouldn't want us to lose in a fast changing world is the tea story - a story always told with great seriousness, no matter how funny - always true (always), maybe a tall tale, long, or short, impossible, scary, funny or exciting but never dull.
You will find yourself transported to another world! Happy reading!
Cheers to the spirit of Indian Tea! 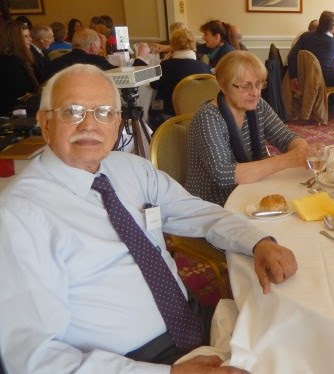 Over to Venk: 'Born in Chertala, Travancore (Kerala), grew up in Chertala, Calcutta and Bombay. Can read and write in Bengali (my best Indian language), Malayalam, Hindi and Marathi apart from English, smattering of spoken Czech, German, Mandarin Chinese, Tamil and Konkani (my mother tongue, which I have forgotten for all practical purposes).

Member of the Conservative Party, and served two terms as an elected District Councillor in the Forest of Dean Gloucestershire where I live. Apart from travel, visiting museums and archaeological sites, history, radio, photography, vintage fountain pens, concerned about world population explosion and resource limitation leading to extinction of man on earth soon.'

ADD THIS LINK TO YOUR FAVOURITES : https://teastorytellers.blogspot.com/Indian Chai Stories
- May 31, 2019

If you enjoyed this Indian Chai Story, do take a minute to leave a little note for the author of the piece! Thank you! Please remember that your comment does not disappear once you've entered it; it goes to the blog administrator for verification - and that's a most important security measure. It should appear after one hour at the earliest! 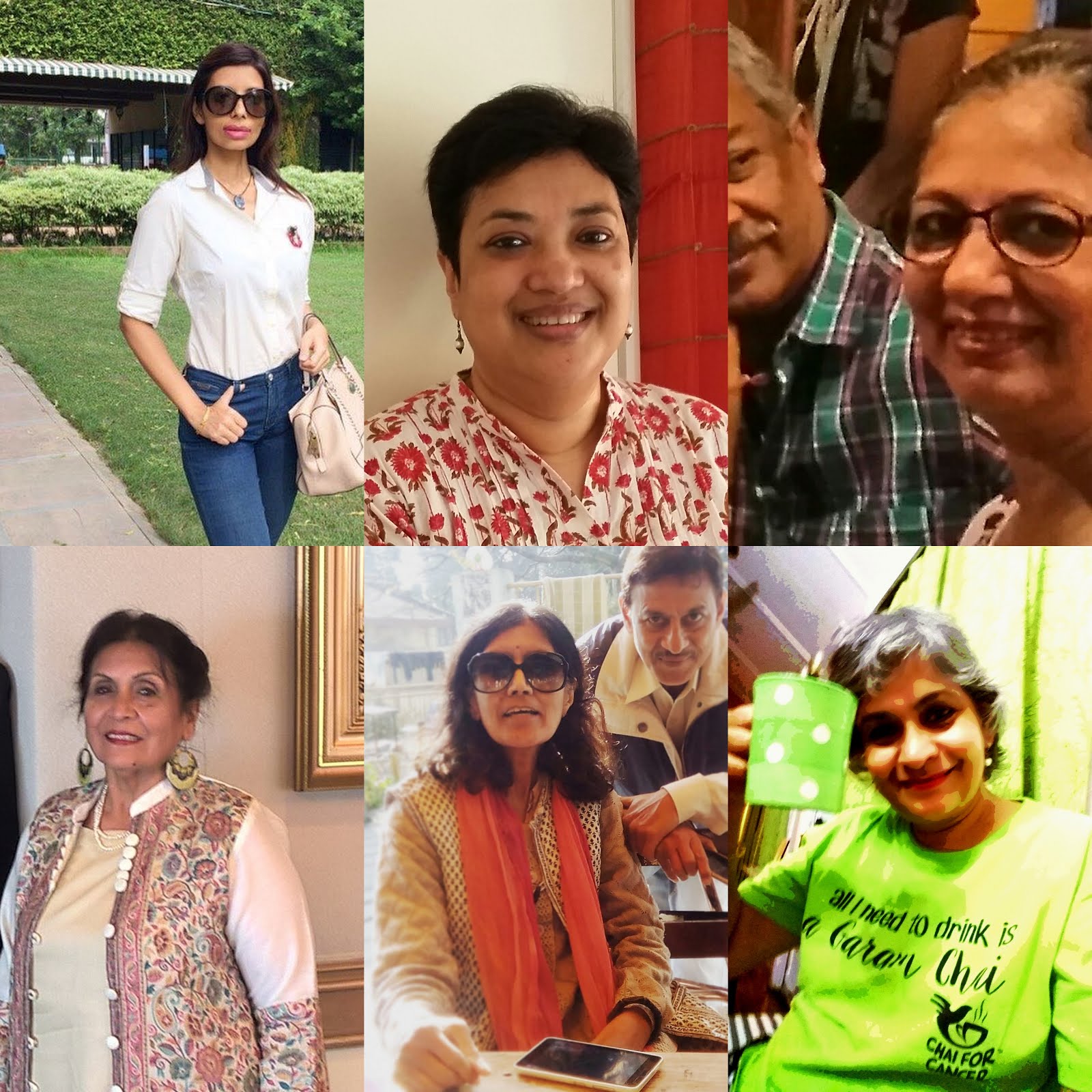 Keep your connection with tea alive!! 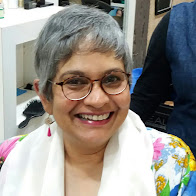